This web site was designed to be best viewed on any P.C., a SmartPhone or a Tablet.

Shown here, is a more simplified and accurate block diagram in Fig.3 to explain the basic internal organizations of the NE-555. 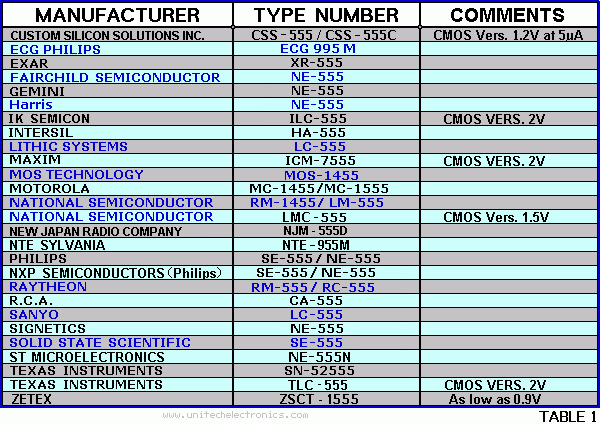 MIL SPEC. or Military Specification.
We invite any LINEAR, LOGIC or ANALOG chip manufacturer to write to us and prove us 100% wrong.
Our email is: sales@unitechelectronics.com